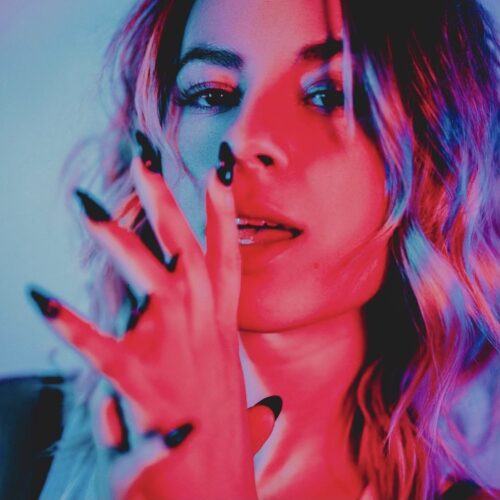 My Introduction to Xana

One of my favorite things about TikTok is that I find a lot of music through the app, and not just the trending sounds and songs. As those who use the app know, TikTok’s algorithm is extremely specific. So, when I came across a video that pitched a song as “gay Taylor Swift”, I wasn’t really surprised, but I was excited. This song was Xana’s first single from her album Tantrums, and it was called Kitchen Light. The song was about a secret relationship Xana had with a girl who didn’t want to come out. The song was like if Taylor Swift wrote a song about being in love with a girl (oh wait, she has!) but without all the veiled uncertainty. As someone who’s been out for a while and is very comfortable in my sexuality, I was very excited to come across a WLW song that was unapologetic about what it was.

In all honesty, I kind of forgot about Xana until about a month ago, when she released another single, called My Therapist Told Me. I liked this song even more than Kitchen Light, and around its release is when I found out Xana was releasing an entire album. My Therapist Told Me seems to be about the same secret relationship as Kitchen Light, but it fit my personal taste more with the beat and lyrics. Just last Friday (April 15th), Tantrums was released and I found more songs to love from this artist. My top three songs on the album are i did this all for you!, so it’s ur birthday, and 19. I also really like Love Like This and 12 missed calls, which has a music video. I think this album release confirms that Xana is one of my new favorite artists and I’m very excited to hear more from her, and I’m thankful I found an artist who writes openly about what it’s like to be a girl who likes girls.

As I said, I love finding new music through TikTok. I really discovered Olivia Rodrigo through TikTok, but obviously she’s much bigger than that. My favorite artist I’ve found through TikTok is Peach PRC, who I didn’t even know had music until I’d been following her for a couple of months. Peach (no, that’s not her “real” name, but its what she prefers) is another lesbian singer who openly sings about her experiences, but my favorite song by her isn’t a love song at all. On my eighteenth birthday, she coincidentally posted a video with a snippet from a song called Heavy. I fell in love with the snippet and couldn’t wait for it to be released, but it took a year! The song discusses the difficulties of being loved as a person with mental health issues, and I really connect with it and it feels extra special because it was posted on my birthday. I also really like Jade LeMac, who released a song the same day that Tantrums came out, called Aimed To Kill. This song is very different, as its about a “sexy serial killer”. I originally found Jade through her song called Let Me, and I again kind of forgot about her until I saw her video about Aimed to Kill. I love finding music on TikTok and I can’t wait to discover more!